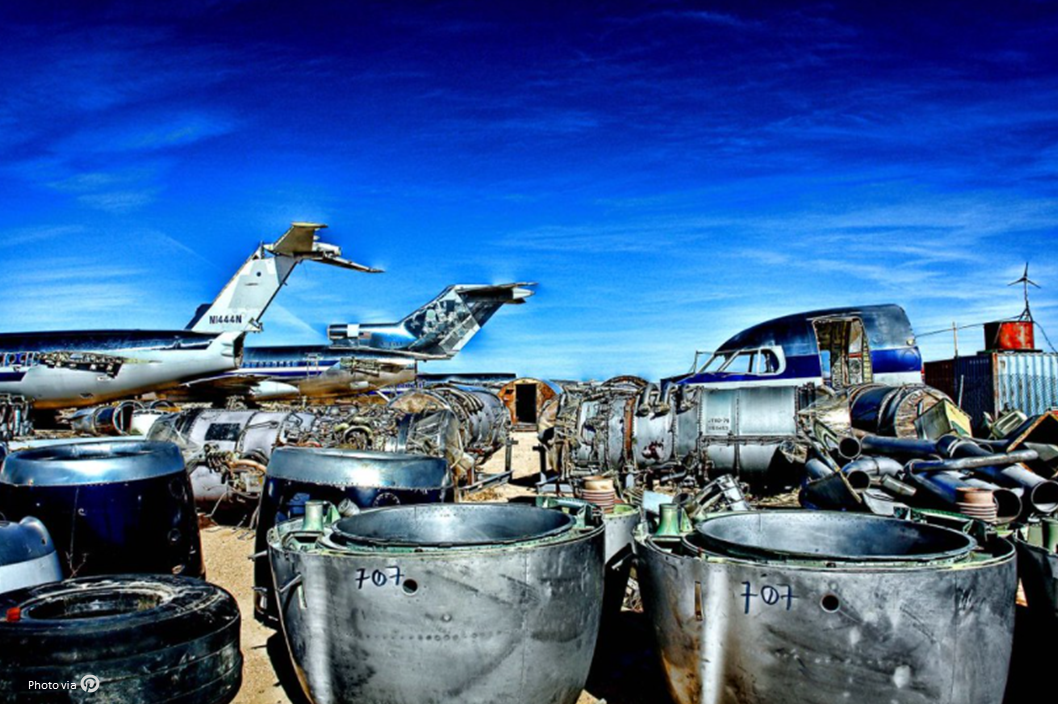 Getting your hands on an aircraft part

The airplane recycling process begins with non-destructive dismantling activity. First, some easily removable items such as passenger seats, engines, and other components are taken—eventually, just the shell remains. At that point, a massive excavator demolishes the vast shell of the airplane. Once different parts of the shell are broken down into small pieces, they are transported for the next phase of the recycling.

Some airplane parts can be recovered or refurbished for reuse in new aircraft. Utilizing old aircraft parts such as galley carts, trays, and overhead bins in the fitting of new planes can help aircraft producers control costs. In fact, aircraft are increasingly being retired earlier in life to harvest parts, which can generate more revenue than being sold intact.

While past year has been tough on aviation in every possible aspect, the reduction of the global fleet has arouse a development of a new and interesting industry. Aviation geeks around the world have been trying to own their own little piece of aviation history, collecting everything from scraps to larger and more unusual pieces from aircrafts.

2021 sees the global fleet with far fewer members, since 2020 has seen the tragic demise of numerous iconic aircraft, from the Boeing 747 to the Airbus A340. Not everyone letting these aircraft go quietly! There are those, who want a little piece to remember them by and some a rather large pieces!

Most in-demand item, apparently are the window cuts. These have proven to be popular for turning into clocks, mirrors and other attractive items, Some even create new pieces to sell on to other enthusiasts.

For many aviation geeks, securing a part of a dismantled aircraft can be challenging. Some top tips for anyone looking to get a hold of unique piece: keep an eye on what’s being scrapped and where. Knowing what is headed for dismantling and which company will be handling the process can put you a step ahead of the competition.

However, be realistic about what you can actually handle, some of these parts are much bigger than people expect, and some components can be dangerous or toxic. It’s important to know what you’re doing and to understand what you’re taking on.