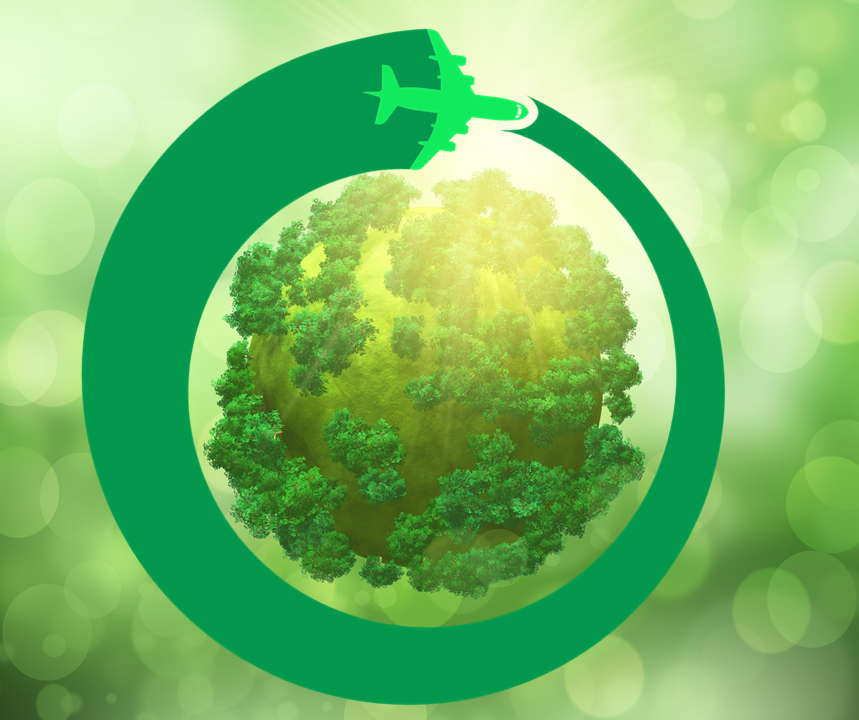 Since 2008 the aviation industry have been following the sector-wide climate action framework. The framework is based on a set of three global goals: short, medium and long-term.

The industry’s climate action framework is designed to help find the balance between the two goals – economic growth through connectivity, and reduction of climate impact. Trade and tourism are important drivers of global economic development. Overall emissions from aviation have risen, as the volume of air traffic has increased. Most growth has occurred in emerging economies, as they begin to reap the benefits of air travel.

Nevertheless, the aviation industry has made significant progress in fuel and CO2 efficiency, halving the amount of fuel used per flight compared to 1990. In other words, your flight today would generate just 50% the CO2 compared to the same flight back in 1990. This has been achieved through technological advancement and improvements in operations and infrastructure.

Each new generation of aircraft is roughly 15% to 20% more fuel efficient, and manufacturers invest around $15 billion per year in research intro greater efficiency. In the future, we may even be able to fly on electric or hybrid aircraft on short-haul flights.

Sustainable aviation fuels have great potential for securing the sustainable growth of air travel as they could reduce CO2 emissions by around 80% compared with fossil fuels, without the need to radically change the fuel supply systems or engines of aircraft.

Shortening flying times by a minute saves at least 100kg of CO2 per flight. Reformed air traffic management systems in the United States, Asia and Europe will cut emissions significantly.

Air transport generated 895 million tons of carbon dioxide (CO2) in 2018. This may sound like a lot, but it is only around 2% of the 42 billion tons of CO2 generated by human activities every year. Despite increasing passenger numbers each year, aviation has managed to limit its emissions growth. This is through massive investment in new technology and coordinated action to implement new operating procedures and infrastructural measures.